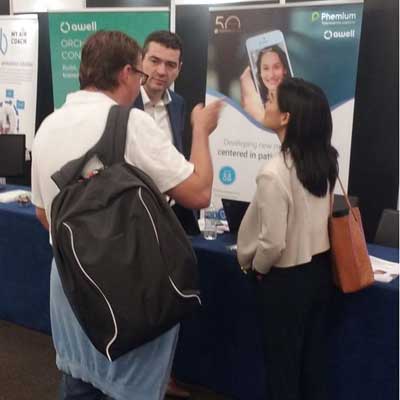 Costaisa is attending the HIMSS Europe & Health 2.0 conference, held from 27-29 May in Sitges, where experts and authorities from around the world share their experiences and present the latest developments in digital health.

Over three days of intense work, the strategies to follow in implementing innovative technologies, such as telemedicine, artificial intelligence, big data, blockchain and IoT, will be discussed. Despite being technically mature, general implementation and adoption by professionals of these technologies has been difficult.

In the exhibition area, Costaisa is presenting Phemium, its telemedicine solution, which enables telemedicine services to be quickly implemented on the cloud, whether it be teleconsulting or inter-consulting between professionals, guaranteeing empowerment of the patient throughout the corresponding assistance.

After offering information technology solutions to the healthcare sector for around fifty years, Costaisa is one of the main driving forces behind telemedicine in Spain thanks to Phemium.

Costaisa and its platform have been key players in the majority of private telemedicine initiatives in our country and it has started to export its experience abroad, mainly to Europe and Latin America. Stand-out international projects include those carried out for Grupa Luxmed (Poland), Télégéria IF (France), Natclar (Peru) and Ver2Digimed (Dubai), as well as those carried out in Spain for Sanitas, Clínica Universidad of Navarra and Asepeyo, among others.

We currently have more than 20 active telemedicine services and 320 connected health centres. On average, the thousand doctors that work with the platform undertake around 20,000 consultations per month. Costaisa and Phemium have participated in around ten European projects regarding innovation in healthcare technologies, such as the Hipermed project which received the Eureka Award 2014 and the Innova eVia award 2015.