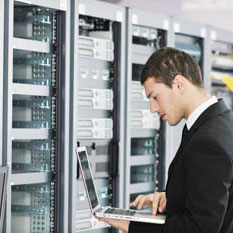 World Telecommunication and Information Society Day (DMTSI) celebrates this year its 50th anniversary and has had an unwanted guest who has occupied the entire media agenda at the international level and who has served, whether we like or not, to highlight the need to continue investing in innovation in both information technology (ICT),  as in our use of them.

Where the use of ICT has had the most impact has been on health, without a doubt. As manufacturers of one of the most widespread telemedicine platforms on the market, we have expanded the coverage and dimensioning of our installed base so that they could serve the population and decongest health services.

In addition, in record time we have activated teleworking tools for clients who requested it, which are mostly organizations with a high number of workers that until now did not have it.

The DMTSI is held every May 17, coinciding with the anniversary of the signing of the first International Telegraph Agreement and the creation of the International Telecommunication Union, and aims to raise awareness of the possibilities offered by ICT to society and promote the need to reduce digital divide.