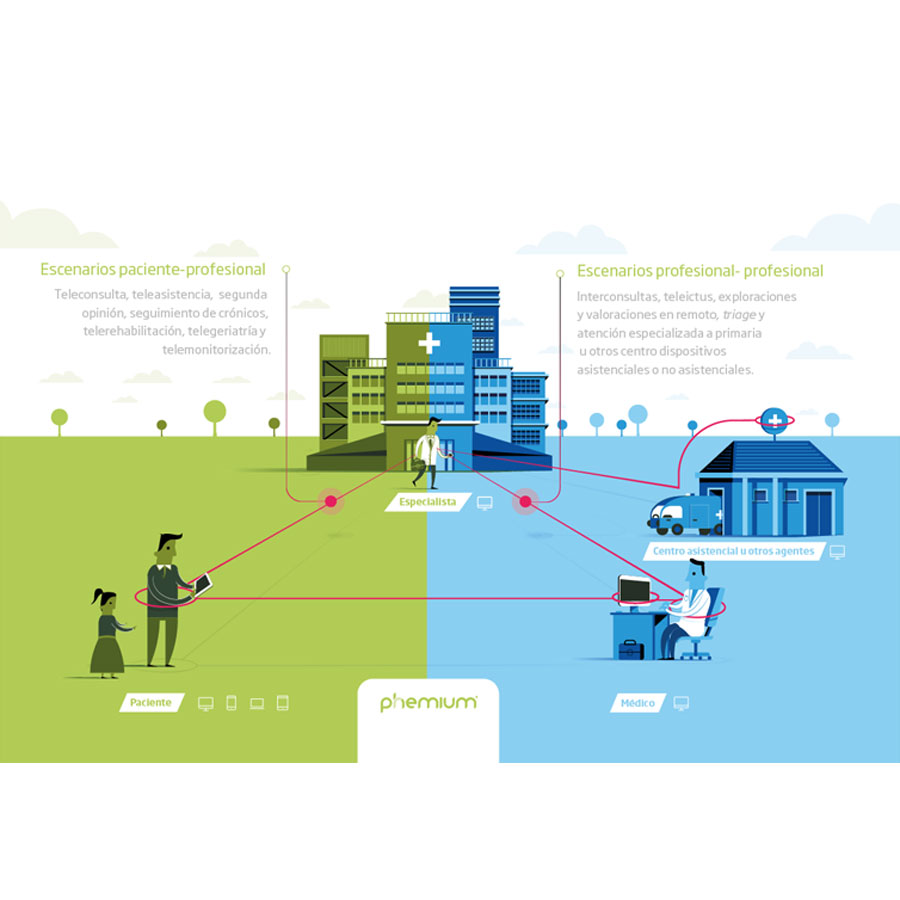 The "eHealth Solutions and Apps in the Healthcare Sector" conference organised by the HealthTech Cluster was held this morning at the Hospital of Terrassa; it brought together the main stakeholders in healthcare innovation: Administration, Hospital, Business and University. The organisers were able to showcase to the public tangible cases of innovation in healthcare practice and the benefits of investing in technology.

Jordi Buisan, Director of Business Development of Costaisa, was responsible for presenting consolidated telemedicine experiences based on Phemium, the pioneering cloud telemedicine services platform; he has been at the heart of a number of initiatives in our country and has begun to export his experience principally to Europe and Latin America. Among the international projects that he referenced were those carried out for Grupa Luxmed (Poland) and Télégéria IF (France); as for those in Spain, he outlined those carried out for Sanitas, Clínica Juaneda, Mutua Universal, Asmedit and Tupediatraonline.

The conference was also attended by another representative of Costaisa: Rafael Pardo, an eHealth specialist consultant. In his speech, he explained the key aspects of transforming an idea into concrete action and establishing strategies which allow the proposed objective to be met.

The HealthTech Cluster was set up in 2014 to invigorate innovation in the health sector with the involvement of all the stakeholders active in the ecosystem. The event was also supported by Consorci Sanitari de Terrassa, the Hospital of Granollers, Xiscat and Acció.