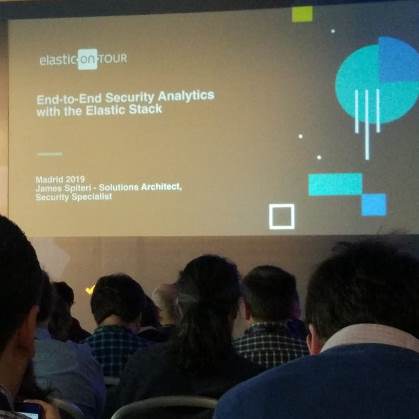 Costaisa has attended "Elastic on Tour" where this company, with headquarters in California, Amsterdam and Singapore, has shown its roadmap for the coming years, and where it has presented cases of use and success of the hand of experts from around the world in Elastic.

Elasticsearch is a search and analysis engine that allows to explore large amounts of data extremely quickly, and it's an essential tool in big data and machine learning projects.

It is an environment developed in Java and open source, distributable and easily scalable, focused mainly on the business and scientific world. Accessible through an extensive and elaborate API, it has a data collector engine called Logtash and an analysis and visualization platform called Kibana, which work together in the so-called "Elastic Stack".

This exclusive event has started in Madrid its international journey that will take it to Paris, Seoul, San Francisco, Sao Paulo and Zurich during the next weeks, and it's expected to add Beijing, Seattle and Tokyo soon.