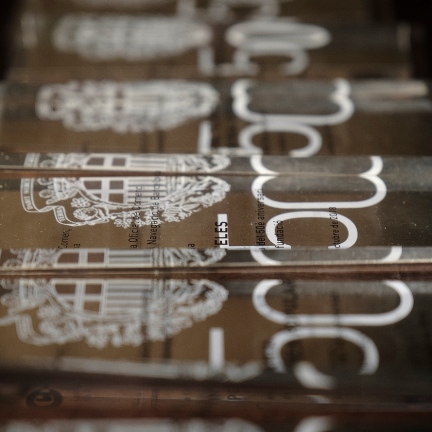 Costaisa has been recognized at the XXII Dia de la Cambra organized by the Cámara de Barcelona, which awards companies that this year celebrate a special anniversary: 50, 75, 100, 125, 150, 175 and 200 years.

The Casa Llotja de Mar hosted the awards ceremony for the winners, and was attended by the Consellera d'Empresa i Coneixement of the Generalitat, Àngels Chacón, who took the opportunity to claim our role as economic driving companies to generate wealth and jobs.

In the opinion of Julián Casado, General Director of Costaisa, "this distinction highlights the effort, commitment and dedication of all of us who have been part of the team for so long".

The "Centro de Organización y Servicios para el Tratamiento Automático de la Información, Sociedad Anónima ", COSTAISA, was born 50 years ago in the neighborhood of Sarrià, with the spirit of promoting the use of information technologies in the Spanish industrial infrastructure.

Costaisa dominates a wide spectrum of disciplines in information and communications technologies, from consulting to design, development, implementation, deployment and production, solutions, all aimed vertically to the health sector and the insurer sector.

Costaisa is the flagship of Costaisa Group, which is formed by a team of about 500 people who are the fundamental asset of our companies, which are market leaders in information technology (Costaisa, Fihoca and Sapas), engineering (Sisemed and Datapro) and training (Onplus and Bdnplus).