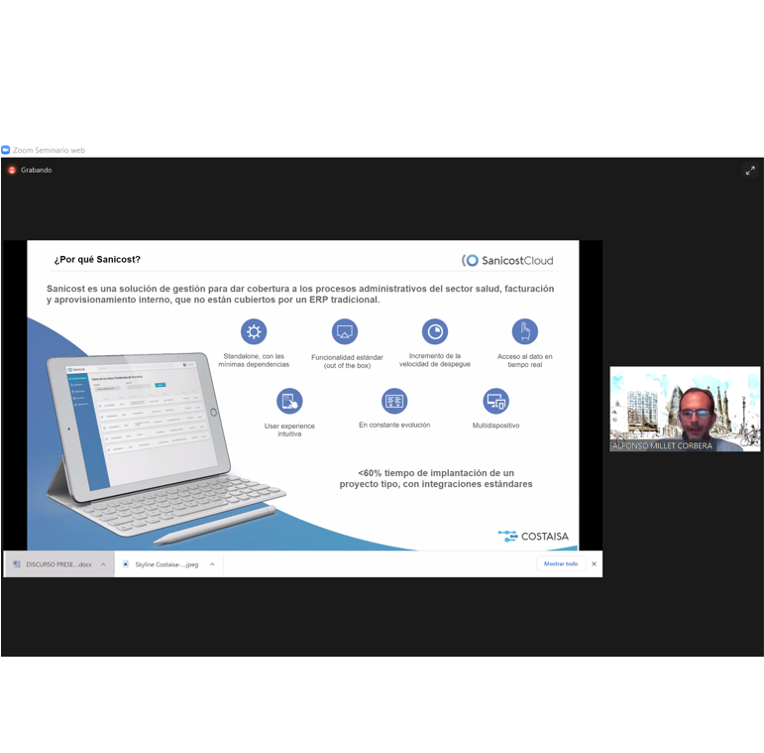 The Puigvert Foundation has presented its new internal billing and supply management system in an event organized by La Unió, in a webinar format that has gathered around a hundred attendees. In the opinion of its CEO, Ramon Massaguer, "it has been a project resulting from the collaboration between Puigvert, SAP and Costaisa, which represents a qualitative leap by moving to SAP S / 4 HANA Cloud, a technology to which large companies are already making the leap."

In addition, it is the first project to implement the ERP SAP S / 4 HANA Cloud in the health sector in Spain together with Sanicost Cloud, which is an independent or stand-alone evolution of Sanicost, developed more than 10 years ago as a vertical solution in health based on SAP, and which is implemented in reference centers, such as the Xarxa Sanitària i Social de Santa Tecla, Grup Sagessa, Hospital de Granollers, Hospital de Campdevànol, Hospital Miguel Dominguez or ICOT, among others.

The first Sanicost was based on SAP R3, a technology that the German multinational has evolved and "now in its cloud version we adapt to the new reality that will allow us to provide the product with new capabilities and provide the conditions to be able to apply it in the future, predictive analytics and machine learning to management processes.", notes Alfons Millet, Product Manager of the solution.

Sanicost Cloud can be integrated via API with any hospital management system (HIS) and financial economic management (ERP) on the market. Developed on SAP Cloud Platform, it is natively integrated with S / 4 Hana Cloud, where SAP is focusing its product development strategy, by integrating all business processes, converting real-time data into actions and thus, increasing the effectiveness of the processes.

Digital transformation at Fundació Puigvert
Fundació Puigvert is an international reference hospital in the treatment of Urology, Nephrology and Andrology, and the SAP platform is one of the pillars on which it will rely to promote its digital transformation and evolve towards a more agile and flexible company in its internal processes, evolution that is framed by its Strategic and Systems Plan.

Thanks to this implementation, the organization manages to automate a good part of the billing and provisioning processes that it had been carrying out until now, improving the user experience, increasing quality and efficiency, and thus, freeing the teams involved from a significant workload.