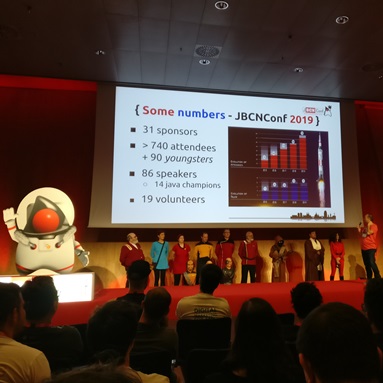 Costaisa has attended the JBCNConf, the largest programming conference related to Java language of southern Europe, which has gathered at the International Convention Center of Barcelona (CCIB) about 90 speakers and more than 800 programmers as an audience, during the three days of the congress.

The JBCNConf, which this year celebrates its 5th edition, is an ideal meeting point for the Java community, where programmers and the software industry come together to do networking and get to know the latest news.

Java is one of the most widespread programming languages ​​and is present in more than 15,000 million electronic devices around the world, such as mobile phones, game consoles, computers and tablets.

The event is organized by Barcelona JUG (Barcelona Java Users Group), a non-profit association formed by programmers, engineers and experts in this technology, who have the purpose to position Barcelona as a benchmark in the world of Java software development.