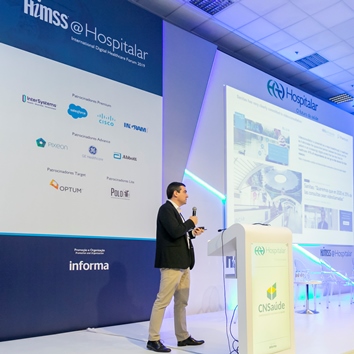 Hospitalar has opened its doors, the main meeting of health leaders and professionals from Latin America that will gather in São Paulo between May 21 and 24 the world leaders who are the centre of digital innovation in health. The conference cycle, organized by the Healthcare Information and Management Systems Society (HIMSS) at the same conference, will be attended this year by Francesc Mateu, Telemedicine Business Unit Director of Costaisa, who has been invited to present the current status of the teleconsultation in Spain and Phemium, the telemedicine platform that has starred in the main projects that have been carried out.

Sanitas (Blua), Clínica Universidad de Navarra, Asepeyo, Ribera Salud, Cigna, Luxmed, RACC and recently Rioja Salud, are some of the institutions that have decided to bet on telemedicine as the cornerstone of their business development. In his speech, Mateu has presented the main differences in how they address their telemedicine projects, the public and private sector, with well-differentiated decision processes and priorities, and also in the factors that have facilitated the implementation of teleconsultation in Spain and the challenges that lie ahead.

In this its 26th edition, the focus will be on the change of business models in the health area and focused on the experience and commitment of patients. Hospitalar will have more than 40 simultaneous events and more than 1,200 exhibiting companies, and it is expected to receive some 85,000 professional visitors from more than 50 countries.

HIMSS is an international non-profit organization with more than 60,000 members that promotes the digitalization of health information systems.